This 67 VW Beetle history is unique.

The Volkswagen Beetle is regarded as one of the most remarkable and best engineered cars of the century.

1965 marked the year in which one million or more VW’s were manufactured in Wolfsburg.

Because of this we have done our best to research the history of our 67 VW beetle that is still on the road over 50 years later.

The original 1st owner was Mr Edward Young from Belfast who owned the car for 27 years. We have the original service records from that time.

He had her serviced at Stock Bros VW garage who then became the second owner in 1994. She had two more owners in Northern Ireland, before being transported and registered in England in 1999 but she maintained the original Irish plate. After one other owner, she went to Paul Apps. He kept all the MOT certificates whether pass or fail, as well as receipts of all the work he did to keep her road worthy. In a letter to the next owner he wrote:

I hope you have the same fun and happiness as I did without the expense! Cheers Paul

Then Stefan Rossi from Air-Cooled Engineering purchased her in 2005 where her drag racing life began…..

He did a full body off resto, with the bottom 6 inches replaced professionally by the Speedster Clinic. He kept many original features – the front seats, inside carpets, footwells, firewall, parcel shelf, floors and front firewall/arches.

Not including the engine this 67 VW Beetle cost 18k to build…He kept her in dry storage for the winters and in a locked-up workshop whenever it wasn’t being driven.

He gave her good life, took her on trips to Spa and France in 2010. And drag race events at Santa pod.

In 2013 Stef met Craig from Limebug at a DTA meet.

Craig purchased the solid shell and floor pans from Stef, but everything was missing. There was no engine deck lid, boot floor, most of the glass was missing, no seals, no interior, literally a shell. Firstly, they spent approximately 2-3 weeks working on the body welding and straightening. The car came with wings but these were scrap and had to be replaced.

The next stage was installing a gearbox, axles, 2027cc monster series engine, 4in narrowed jawbreaker beam, basically the whole drivetrain. When the chassis was completed, the body was painted in Reed Green. It’s not an original colour for this year, however as it was basically rebuilt from parts all its originality was lost long ago when it used to be a drag car.

Craig then designed and engineered on CAD a full bolt on air ride kit including a one off floating mount for the 3P Airlift system. When finally, after a two-year build, the 67 was a running and driving vehicle, Limebug showcased the special newly built bug at Volksworld and Spa. At spa they were one of the top 20 and they have the rosette to prove it. A well deserved win for all the time, energy, engineering and love that brought that famous shell back to life.

Biffs Detailing purchased the car in 2017.

In truth Craig didn’t want to sell the 67, but needed the space for his other projects. He was still tightening screws and fabricating parts the week before we took her, a true perfectionist. Who better to buy a car from?

Making it our own.

Biffs has always had a love for VWs.

The first thing we did was put in an order with Limebug for five 3-piece split smoothies, one of kind designed by Craig and had them painted matching Reed Green. They were the first set to be put on a car. Next we had to find a way to keep the air ride floating tank to remain calibrated and not drain the battery.

As with most new builds there are teething troubles and our 67 has had a few. From back brake issues to a wheel stud that was slightly too long. It pulled the brake drum retaining springs out which in turn launched into the internals of the drums. It was resolved by replacing and rebuilding with shorter studs. There was a strong smell of fuel one day on start-up due to a jubilee clip undoing itself which caused a fuel leak and allowing fuel to dump all over the exhaust. Once again it was quickly found and fixed as this could have got very expensive very fast.

The decklid on the 67 was a reproduction part and it never fitted quite as well as we would like, so we searched for an Original 66 deck lid. Eventually we found one in very good condition. It had some rust which over the internet didn’t seem too bad, however after 4 days of cutting/replacing and fabricating it was finally ready for paint. All of our paintwork is carried out by Shane and his dad at Colour Worx York.

As an anniversary present, my wife bought me a 1950s swamp cooler. It was all battered and beat up but an original from the States. After a few weeks it arrived from Iowa, so again I had Shane work his magic. As a final touch I had it and the air ride tank hand sign written by Liam at Rustynail signs. The skill level of these professionals is awesome!!! If you’ve got the time read Swamp Cooler Restoration by Biffs Detailing

Next stage was the interior. Even though the carpet was brand new we felt this let the interior of the car down, so up it came. We wanted to do something that we hadn’t seen on a beetle before so we removed the dynamat sound deadening from the tunnel (which took 7 hours), sanding the toffee colour powder coated tunnel and prepped it for a repaint in Reed Green. We then commissioned Nick at Autobahn Customs to custom make new square weave carpets, trim and fit under the bonnet. This will be revealed at this years show season.

I am so excited to get this bug finally ready for show season by meticulously prepping, 7 stages of wet sanding, 3 stages of polishing, perfecting and protecting.

This little bug came from humble beginnings,  to drag racing, to then being built from shell upward by Limebug to showcase their air-ride engineering.  Now we will put it in the spotlight for having immaculate, imperfection free paintwork.

Throughout 2018 we will be showcasing this amazing 67 Beetle named Iris, and looking after her for the next generation!!! 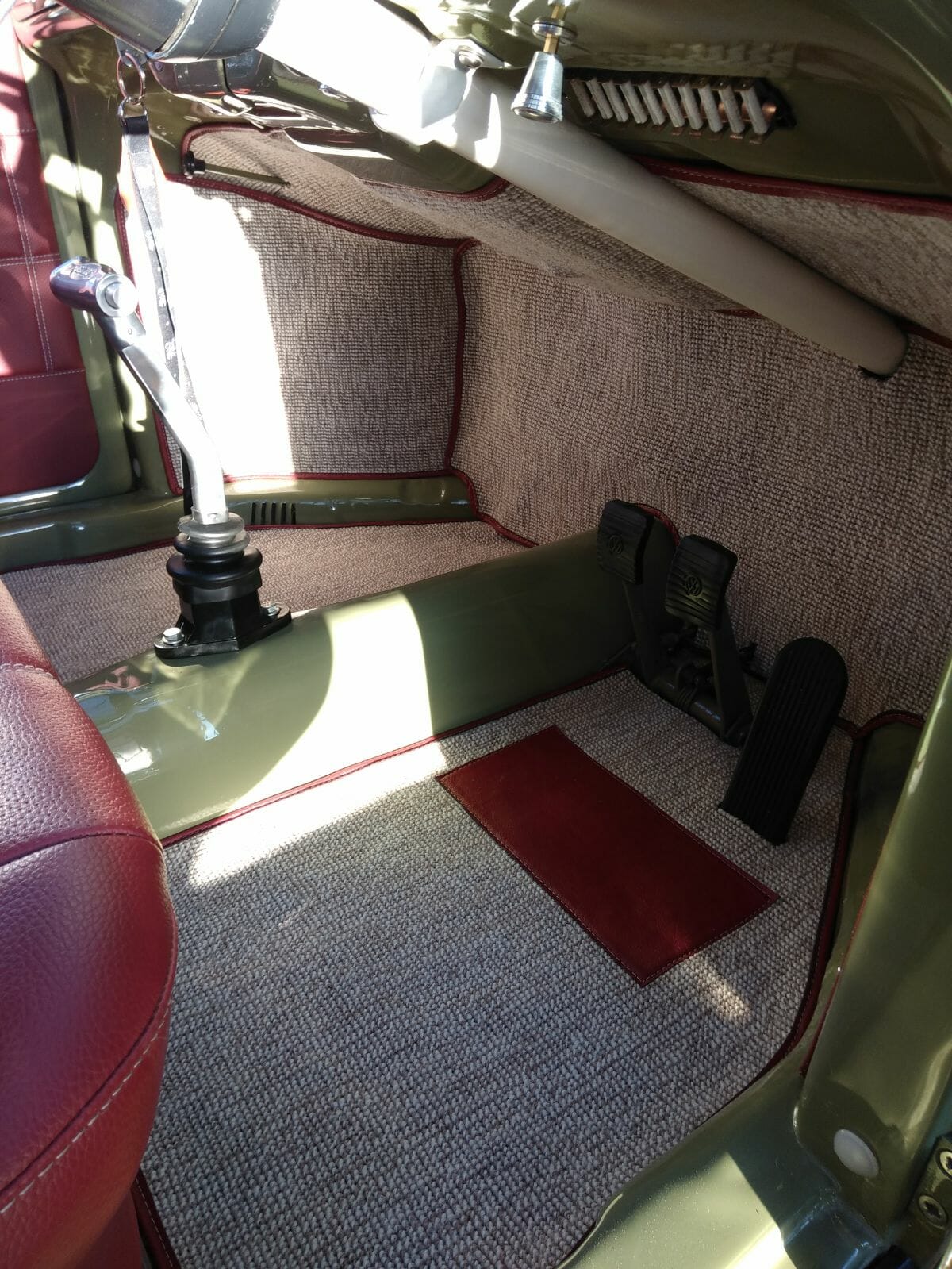 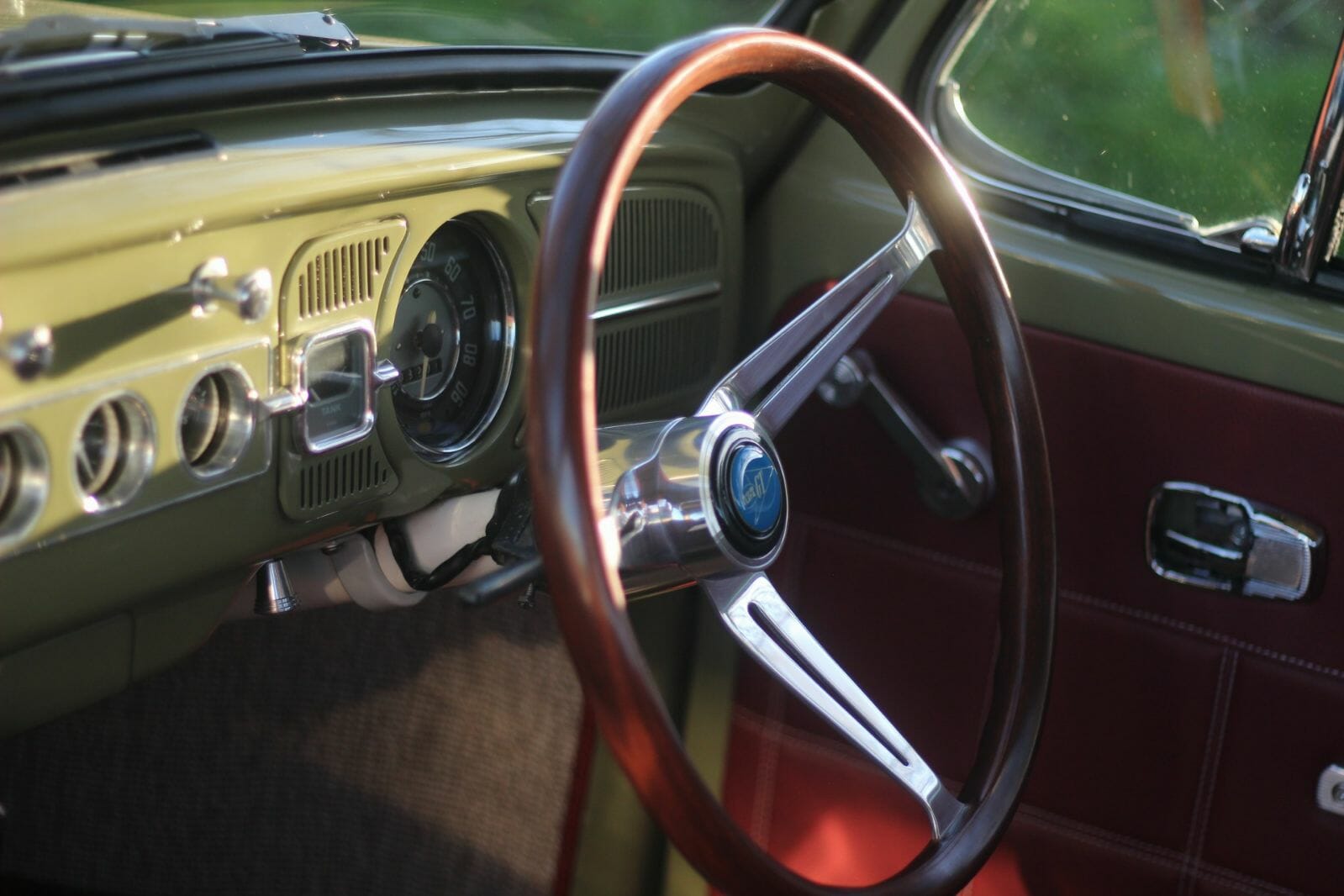 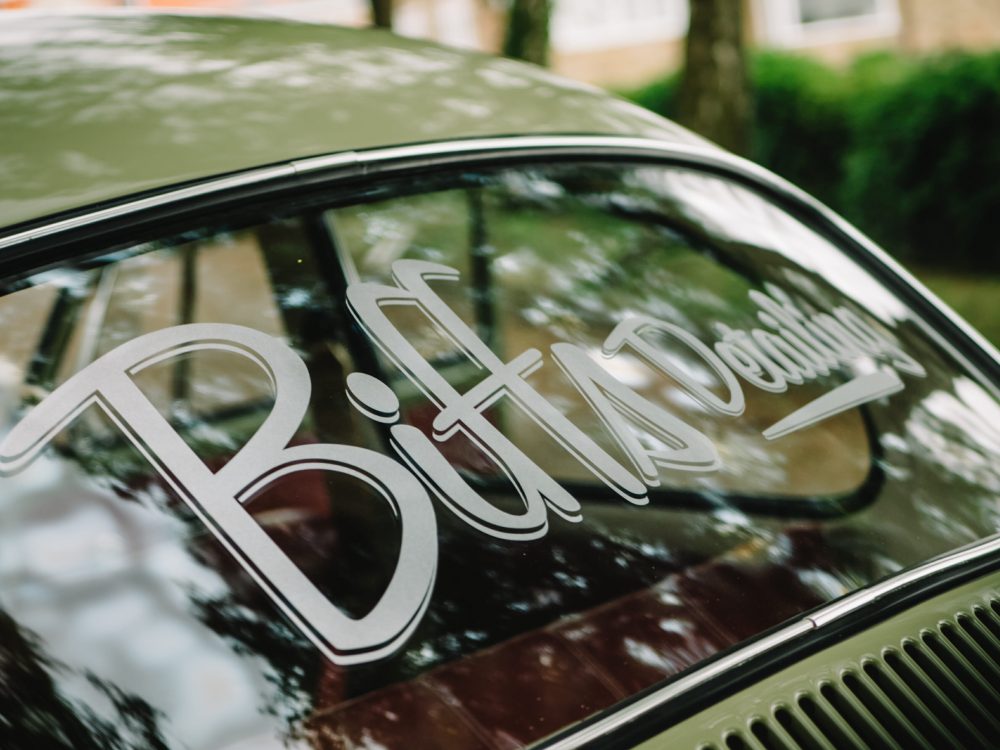 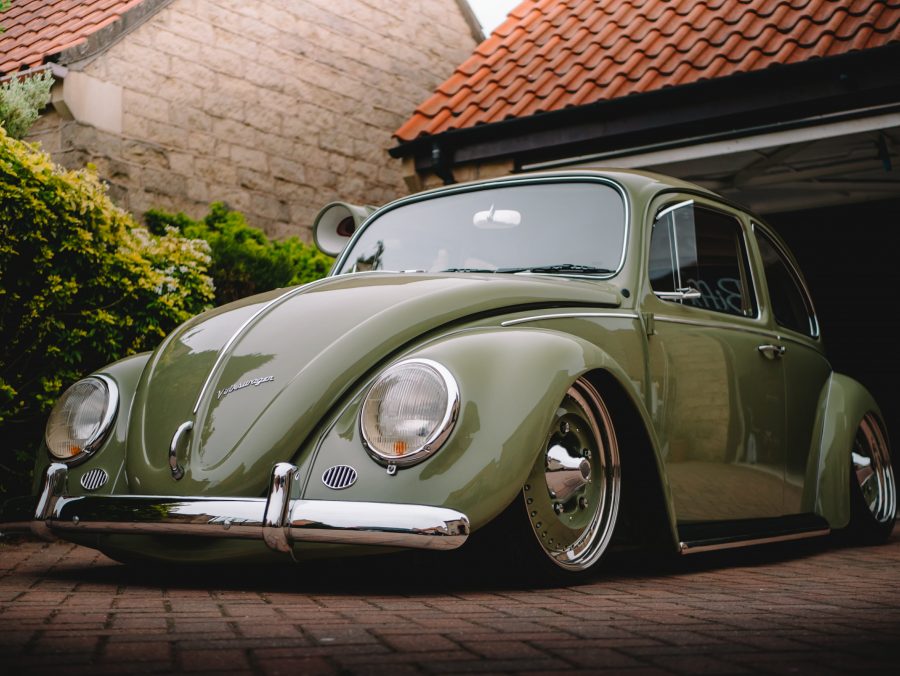 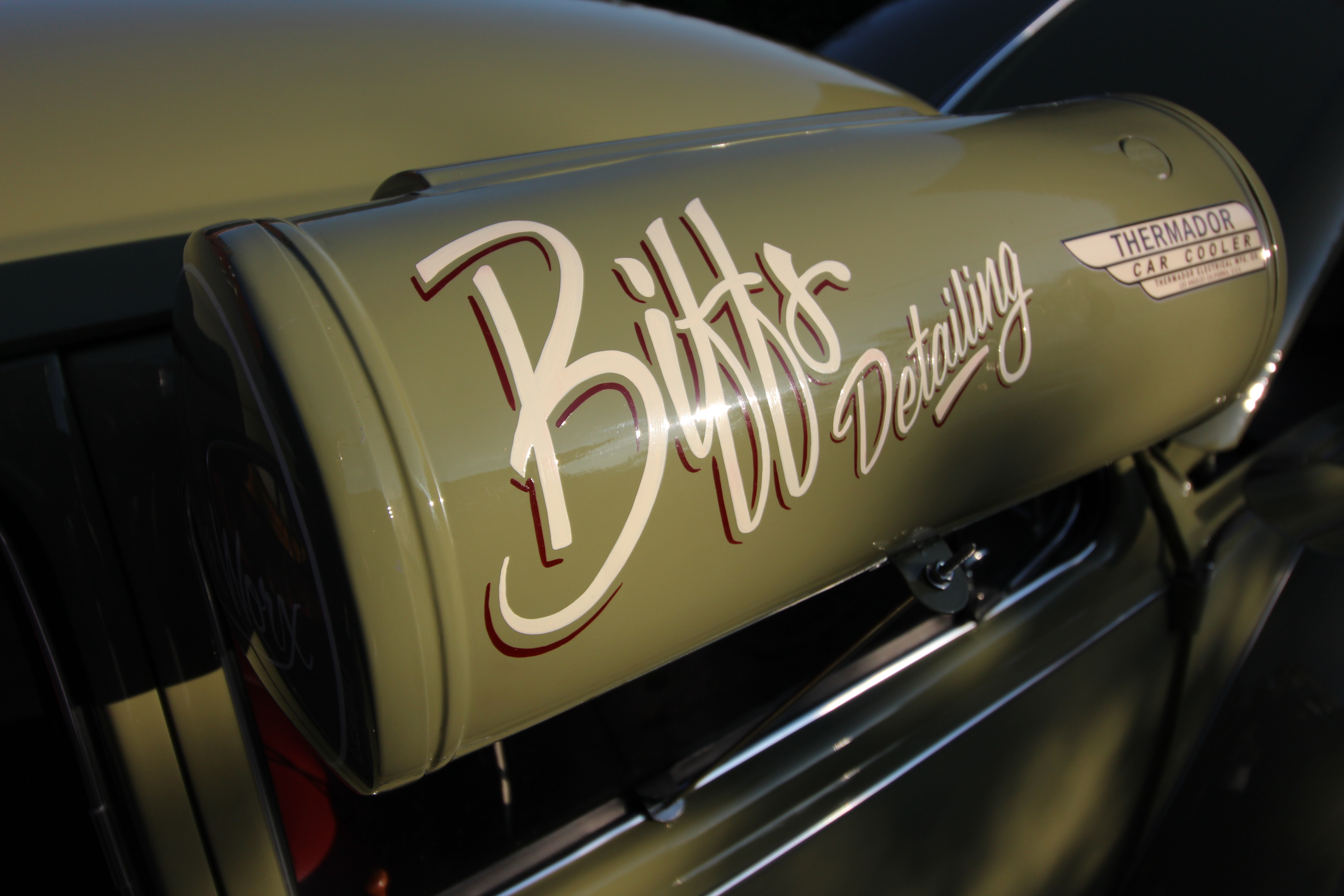 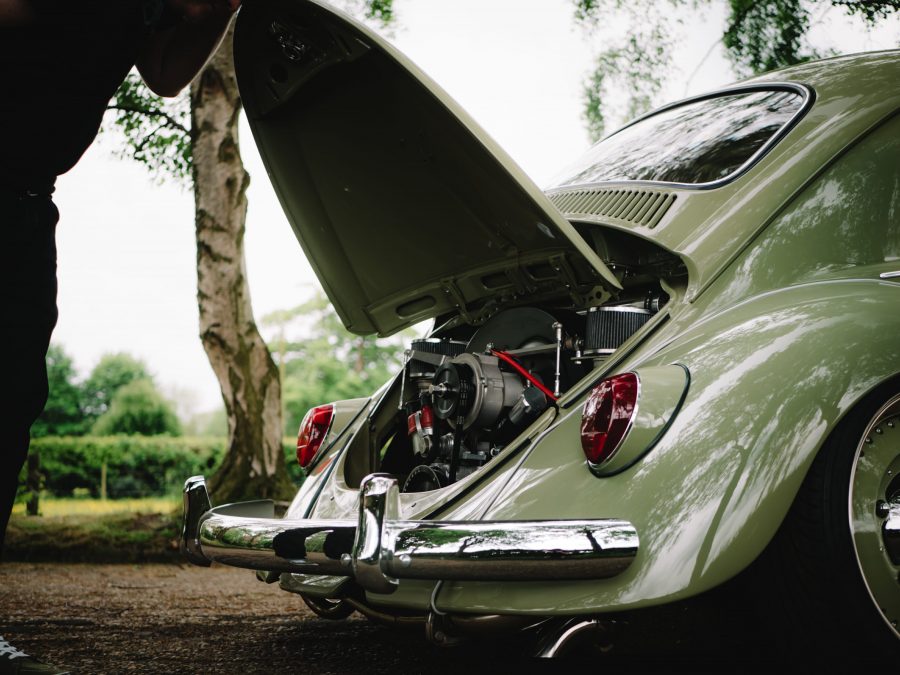 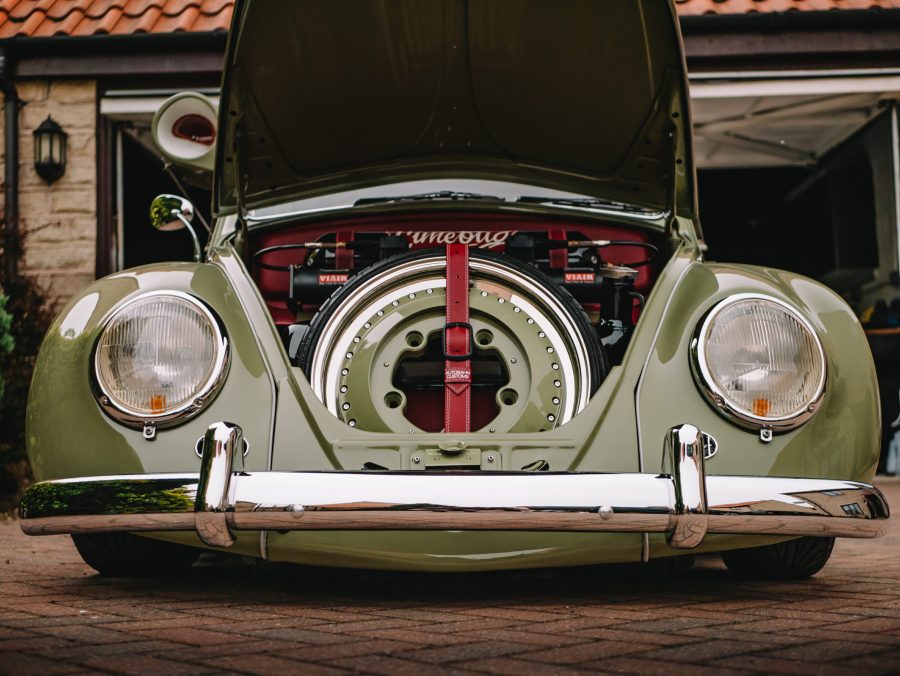